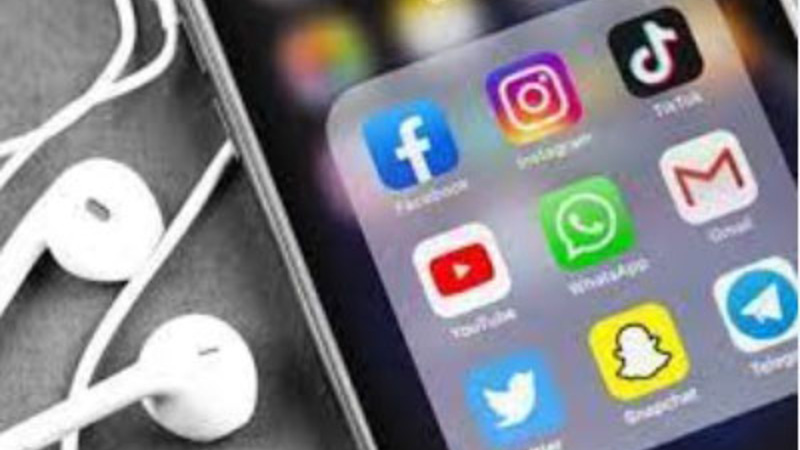 Seattle Public Schools has filed a lawsuit against several social media companies, saying they have created a youth mental health crisis and interfere with teachers' ability to do their jobs.

The lawsuit was filed Friday against companies behind TikTok, Instagram, Facebook, SnapChat, and YouTube. The suit seeks compensatory damages from the companies in order to expand the school district’s mental health resources.

“Defendants have successfully exploited the vulnerable brains of youth, hooking tens of millions of students across the country into positive feedback loops of excessive use and abuse of Defendants’ social media platforms,” the lawsuit states.

In a statement Saturday, Seattle Public Schools said students “are struggling with anxiety, depression, thoughts of self-harm, and suicidal ideation.”

The school district also pins the blame for online bullying on social networks: "The more time an individual, especially males, spend on social media, the more likely they are to commit acts of cyberbullying."

“Our students – and young people everywhere – face unprecedented, learning and life struggles that are amplified by the negative impacts of increased screen time, unfiltered content, and potentially addictive properties of social media,” Superintendent Brent Jones said in a statement.

“Taxpayers should not bear the burden for the mental health crisis social media companies have created,” the district said.

Seattle Public Schools appears to have foreseen that the companies will hide behind Section 230 of the Community Decency Act. This specific section expressly says: "No provider or user of an interactive computer service shall be treated as the publisher or speaker of any information provided by another information content provider."

The district isn't arguing that the companies should be liable for their users’ posts but that Section 230 shouldn't shield them from the consequences of their conduct.

"Plaintiff [school district] is not alleging Defendants [social media companies] are liable for what third-parties have said on Defendants' platforms but, rather, for Defendants' own conduct," the complaint says. "Defendants affirmatively recommend and promote harmful content to youth, such as proanorexia and eating disorder content. Recommendation and promotion of damaging material is not a traditional editorial function and seeking to hold Defendants liable for these actions is not seeking to hold them liable as a publisher or speaker of third party-content."

Meta CEO and Facebook founder Mark Zuckerberg has repeatedly pushed back on the idea the company has a negative impact on people’s mental health.

“The argument that we deliberately push content that makes people angry for profit is deeply illogical,” he wrote on Facebook in 2021. “We make money from ads, and advertisers consistently tell us they don’t want their ads next to harmful or angry content. And I don’t know any tech company that sets out to build products that make people angry or depressed.”

Reuters reported that Google said it has invested heavily in creating safe experiences for children across its platforms and has introduced "strong protections and dedicated features to prioritize their well being," while Snap said it works closely with many mental health organizations to provide in-app tools and resources for users and that the well-being of its community is its top priority.