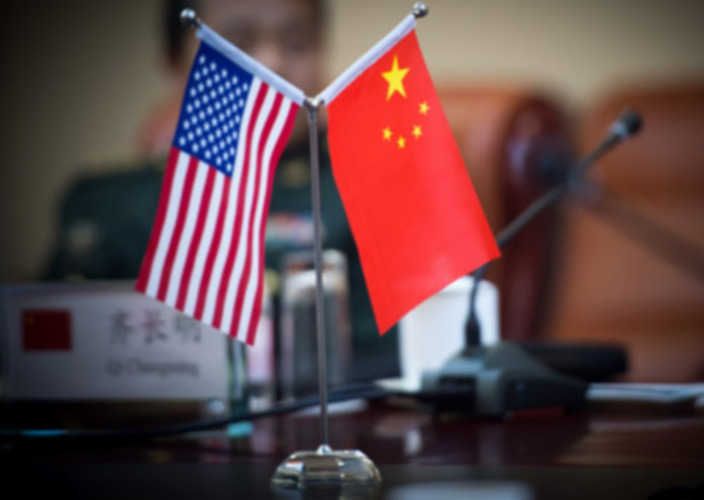 Americans of all political stripes believe the U.S. relationship with China has to change amid the communist nation's negligence in its response to the Wuhan coronavirus.

Only 17 percent of Democrats think China was honest about their coronavirus findings, compared to 10 percent of Independents and 8 percent of Republicans. An equal number of college and non-college educated — 71 percent — said they agreed that China was not forthcoming with the new coronavirus when it was first discovered in Wuhan, the capital of Hubei province, in December 2019.

The survey showed that 75 percent felt the U.S. should end its dependence on China for medical imports.

The poll found 62 percent of Democrats, 80 percent of Independents and 85 percent of Republicans saying the U.S. needs to end some or all dependence on China for medical equipment.

Even those who disapprove of President Donald Trump agreed that decoupling was in order, with 62 percent of those self-identified as disliking the president saying so. Within Trump’s camp, 86 percent said it was time to decouple.

When asked if the U.S. should outright “withdraw manufacturing from China”, the number was still high, but by a smaller margin with 59 percent for a withdrawal.

When asked, “Do you favor or oppose Washington mandating that American companies with essential manufacturing and technology depart China to help rebuild the American economy; and upon moving back home be given tax incentives and tax credits for the jobs they create in America?” 72 percent were in favor and only 15 percent opposed.

The poll found a majority of Americans, 79 percent, think the country can unite around what Trump calls “the invisible enemy.”

Earlier this month, Japan offered its multinationals $2 billion to return manufacturing back home and another $200 million in incentives to those who left China to manufacture elsewhere in Asia.

Belgium is another nation reportedly examining decoupling from communist China.

As of April 23, the number of confirmed infections in Belgium announced was 42,797; the number of deaths was 6,490 — making the death rate roughly 15 percent. This places Belgium’s mortality rate above hard-hit nations such as the United States, Spain, Italy, and the United Kingdom.

Why is Belgium experiencing such a severe situation?

The Epoch Times suggested in an editorial that “the heaviest-hit regions outside China all share a common thread: close or lucrative relations with the communist regime in Beijing.”

"Two of Belgium’s most important ports have embraced Beijing’s Belt and Road Initiative (BRI, also known as One Belt, One Road), an ambitious project to build geopolitical influence by financing infrastructure projects throughout parts of Europe, Africa, and central and south Asia," the Epoch Times noted.

In May 2018, the first Silk Road train from a Chinese port in Tangshan arrived in Antwerp as part of a direct railway link between the two countries.

Beijing has opened six Confucius Institutes in Belgium so far. In addition, more than 50 schools in Belgium that offer Chinese language courses use textbooks provided by the Chinese Communist Party (CCP), "which means, these are brainwashing materials compiled by the regime," the Epoch Times noted.

According to an April 2 report by Xinhua, Chinese supreme leader Xi Jinping had a phone conversation with King Philippe, in which the Belgian king said that China took the lead in getting the CCP virus outbreak under control, and its experience is of important value to other countries fighting the pandemic.

“Noting China has been supporting and contributing to other countries’ fight against the disease, King Philippe said Belgium appreciates China’s provision of emergency medical protective supplies, and is willing to collaborate with China on drug development,” Xinhua reported.

Xinhua is the official mouthpiece of the CCP. "It is difficult for the outside world to verify whether King Philippe actually made such statements. Those words seem to parrot the CCP ’s narrative. However, his close relationship with the CCP is evident," the Epoch Times noted.

Shortly after the phone conversation, Brussels Times reported that 3 million protective masks delivered to Belgium from China were rejected because they did not meet the quality standards.

A Xinhua report quoted Xi as saying that China would “tighten up quality control measures, and provide as many resources as it can for the global fight against the disease.”

Xi’s promise and the poor-quality masks sent to Belgium "prove that the CCP is not trustworthy. Whoever believes in the CCP will be duped," the Epoch Times noted.