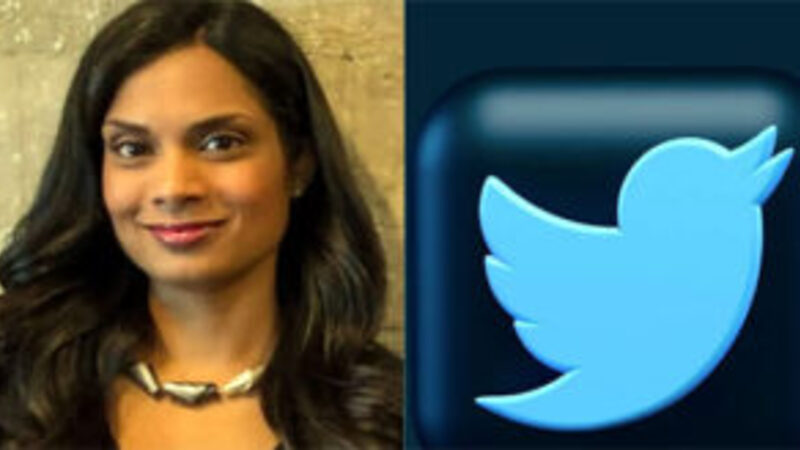 Authorized by new owner Elon Musk, the disclosures were made public two years after the fact via journalist Matt Taibbi.

The documentation revealed that company and government officials debated concerns about the suppression of the story, and that actions which proved momentous for the 2020 presidential election were "handled" centrally by Vijaya Gadde, then the head of Trust & Safety — Twitter’s top censor.

Taibbi said the critical policy decisions were made on the fly without the knowledge of CEO Jack Dorsey.

Following are selections from Taibbi's thread:

2. What you’re about to read is the first installment in a series, based upon thousands of internal documents obtained by sources at Twitter.

5. In an early conception, Twitter more than lived up to its mission statement, giving people “the power to create and share ideas and information instantly, without barriers.”

8. By 2020, requests from connected actors to delete tweets were routine. One executive would write to another: “More to review from the Biden team.” The reply would come back: “Handled.” pic.twitter.com/mnv0YZI4af

17. On October 14, 2020, the New York Post published BIDEN SECRET EMAILS, an expose based on the contents of Hunter Biden’s abandoned laptop: https://t.co/q4zaMw6aVV

18. Twitter took extraordinary steps to suppress the story, removing links and posting warnings that it may be “unsafe.” They even blocked its transmission via direct message, a tool hitherto reserved for extreme cases, e.g. child pornography.

19. White House spokeswoman Kaleigh McEnany was locked out of her account for tweeting about the story, prompting a furious letter from Trump campaign staffer Mike Hahn, who seethed: “At least pretend to care for the next 20 days.” pic.twitter.com/CcXTfsdzCT

24. “They just freelanced it,” is how one former employee characterized the decision. “Hacking was the excuse, but within a few hours, pretty much everyone realized that wasn’t going to hold. But no one had the guts to reverse it.”

29. A fundamental problem with tech companies and content moderation: many people in charge of speech know/care little about speech, and have to be told the basics by outsiders. To wit:

30. In one humorous exchange on day 1, Democratic congressman Ro Khanna reaches out to Gadde to gently suggest she hop on the phone to talk about the “backlash re speech.” Khanna was the only Democratic official I could find in the files who expressed concern. pic.twitter.com/TSSYOs5vfy

Gadde replies quickly, immediately diving into the weeds of Twitter policy, unaware Khanna is more worried about the Bill of Rights: pic.twitter.com/U4FRLYYPaY

32.Khanna tries to reroute the conversation to the First Amendment, mention of which is generally hard to find in the files: pic.twitter.com/Tq6l7VMuQL