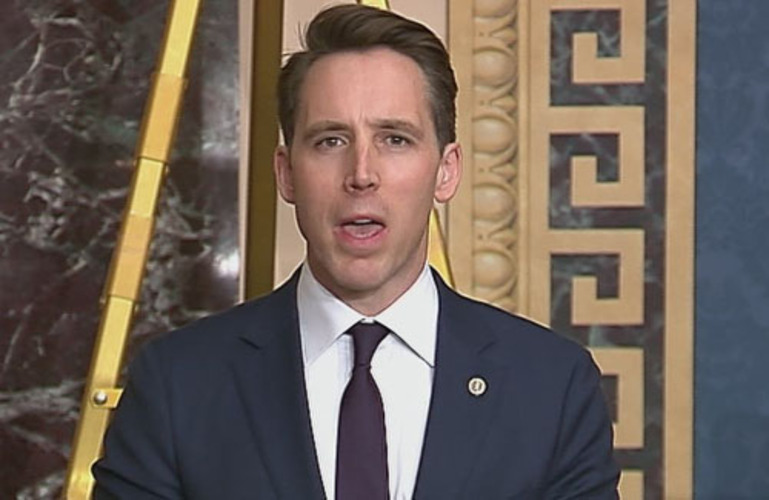 The government should "cover 80 percent of wages for workers at any U.S. business, up to the national median wage" until the coronavirus crisis is over, Sen. Josh Hawley said.

"Here is what I propose: Because the government has taken the step of closing the economy to protect public health, Congress should in turn protect every single job in this country for the duration of this crisis. And Congress should help our businesses rehire every worker who has already lost a job because of the coronavirus," Hawley, Missouri Republican, wrote in an April 8 op-ed for The Washington Post.

Americans, Hawley noted, “are ready for a comeback. Congress must help unleash it.”

Hawley's workers' first plan, which the senator announced on his website on April 3, would prioritize the government getting money directly to workers.

"Beginning immediately, the federal government should cover 80 percent of wages for workers at any U.S. business, up to the national median wage, until this emergency is over," Hawley wrote in his Post op-ed. "Further, it should offer businesses a bonus for rehiring workers laid off over the past month. The goal must be to get unemployment down — now — to secure American workers and their families, and to help businesses get ready to restart as soon as possible."

Hawley said it is also vital that the U.S. end its dependence on China to ensure such a crisis won't happen again.

"We must also move decisively to secure our critical supply chains and bring production back to this country," Hawley wrote. "The present crisis has revealed just how vital domestic production is to our national life. And yet, for decades, an alliance of big government and big business conspired to outsource the manufacturing of our most crucial supplies and equipment to China and other overseas sites."

Harris Poll chief Mark Penn noted: "It’s as much of a consensus issue as you can get in today’s divided world. Overall, there’s very little trust for anything that the Chinese government says or does, especially its premier. Xi Jinping has less than half the credibility of President Trump in this poll."

In his op-ed for the Post, Hawley also warned that private equity firms will use the coronavirus crisis as an opportunity to buy up small- and medium-sized businesses at bargain-basement prices.

"In an effort to protect our small businesses from a feeding frenzy by bigger firms, Congress must crack down on crisis profiteering by Wall Street. Strong antitrust enforcement and stiffer corporate transparency rules will help to ensure that, when our economy gets moving, we don’t have a wave of mergers and liquidations that set our workers back yet again," Hawley wrote.

The United States, Hawley noted, "is experiencing a moment of crisis, but it need not be a period of decline. From our great cities to our rural towns, Americans everywhere are making enormous sacrifices for the sake of their fellow citizens. It is clear from these selfless acts — nurses and physicians working long into the night; delivery workers bringing essential goods to their neighbors’ doors; church groups assembling care packages for the ill — that Americans’ love of country is undimmed and American courage is unshaken."