In May 2019, 17 months before the 2020 election, the U.S. Attorney for Delaware issued a grand jury subpoena for Hunter Biden’s bank transactions involving the Bank of China, the Marco Polo research group reported.

"The order sent by the Department of Justice to JP Morgan Chase bank asked for the records of any international financial transactions for the past five years involving Hunter, his uncle James Biden and former business partners Devon Archer and Eric Schwerin," the New York Post reported on Jan. 30, citing federal documents.

The subpoena was issued just five weeks after Hunter Biden allegedly left his laptop in a Delaware repair shop.

The DOJ order (seen below) was first obtained by Trump White House official Garrett Ziegler, who served as associate director in Peter Navarro’s Office of Trade and Manufacturing Policy from 2019-2021.

Ziegler welcomed Team Biden by leaving Washington, DC and establishing Marco Polo, a nonprofit research group “exposing corruption and blackmail.” The group has been conducting an intensive review and investigation into Hunter Biden’s laptop in addition to 2020 election-related issues.

A total of 15 businesses owned by Hunter and his associates were listed on the legal document, which raises "concerns that damaging material about then-candidate Joe Biden was hidden from voters," Miranda Devine, the author of "Laptop From Hell", wrote for the Post. 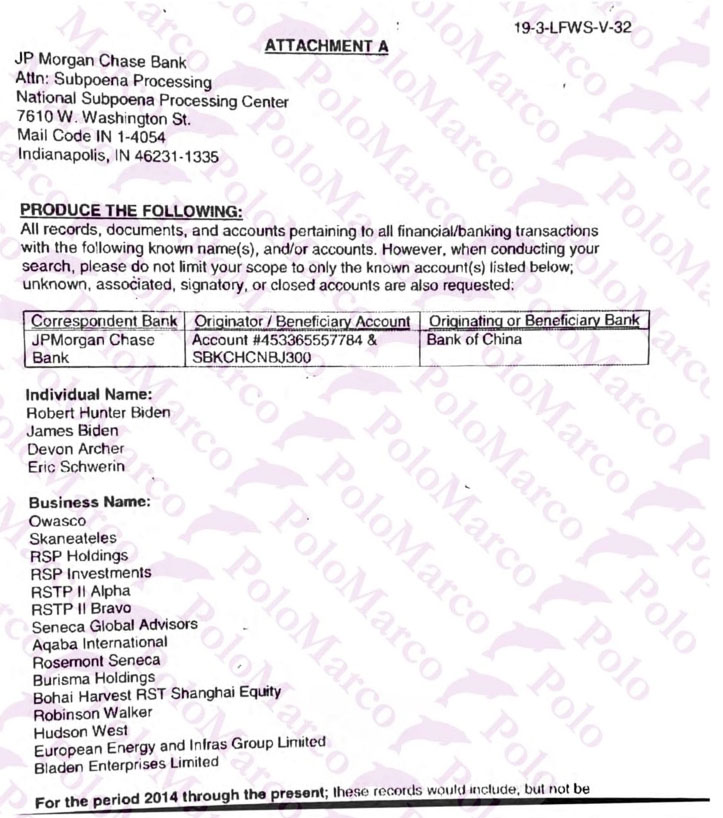 “This wide-ranging grand jury subpoena suggests that Joe’s son and brother received transfers from an account with the Bank of China. The question that remains is why Bill Barr directly intervened to ensure that the U.S. Attorney in Delaware’s investigation into Joe’s family was kept from the public for over 17 months until after the election, as previous reporting has confirmed. David Weiss and Bill Barr — or someone with a conscience inside the Justice Department — should answer that question for the American people,” Ziegler said in a statement to Breitbart News.

Ziegler said in a Telegram post: "Do you see what is happening here? The DOJ is using subpoenas and search warrants to snag incriminating documents, then open a grand jury investigation so the documents are covered in grand jury secrecy laws.

"They're literally burying crimes and covering them up."

The DOJ investigation into Hunter Biden began in 2018 "but was never disclosed before the election," the Post report said. "A month after the election, in December 2020, Hunter announced that the U.S. Attorney’s Office in Delaware was 'investigating my tax affairs.' Also under investigation were Hunter’s foreign business dealings."

In the weeks before the November 2020 election, then-Attorney General William Barr reportedly instructed prosecutors to keep the Hunter Biden investigation hush-hush to avoid it becoming a campaign issue. But months earlier, in the summer of 2020, Delaware’s U.S. Attorney David Weiss already had decided to slow-walk the investigation until after the election for similar reasons, according to Politico.

Ziegler asked on Telegram: "Marsha, why did you delete this tweet? Do you now believe Hunter shouldn’t be investigated?" 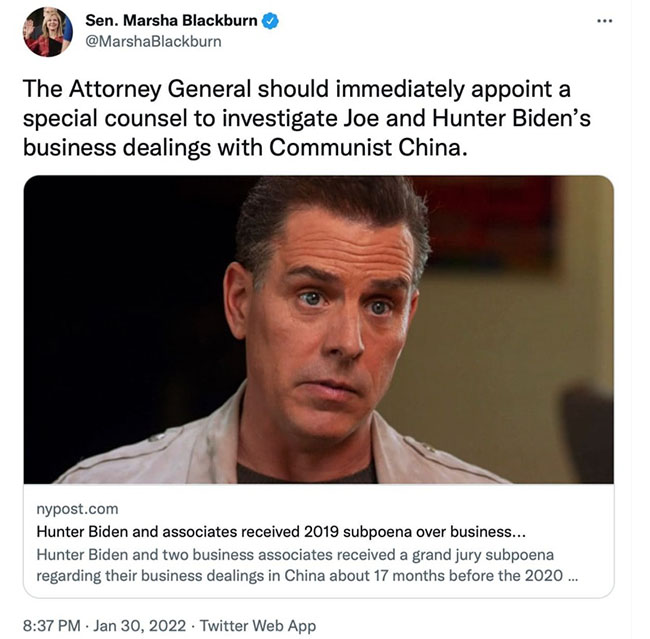 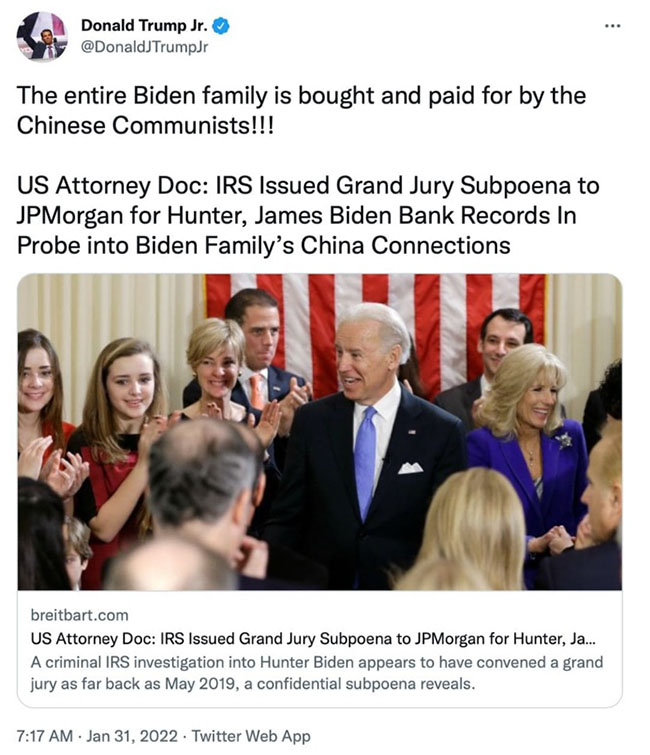 Thomas Sowell: America has reached the point of no return
Opinion

The Beijing dragon blinks, but this is not over yet
Opinion