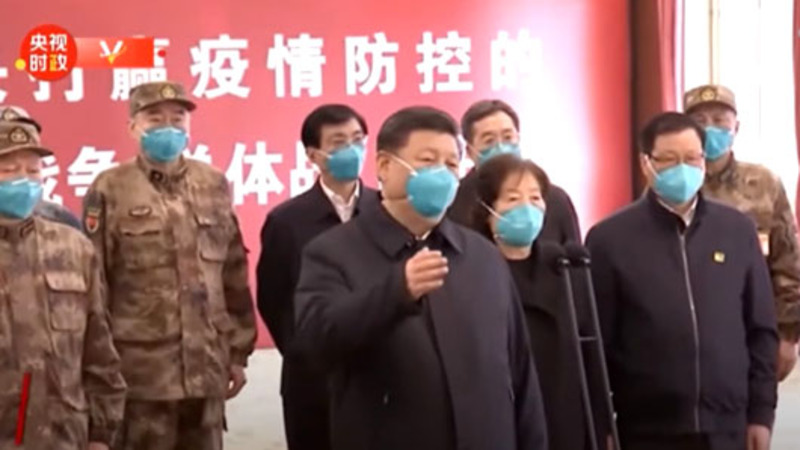 The coronavirus crisis is not the first time the world has suffered due to China's negligence during a viral outbreak. But governments worldwide should work to ensure that it is the last, analysts say.

The communist Chinese regime "has exported economic, environmental, and viral costs on the world without repercussions for decades," Jason Orestes wrote in an April 10 analysis for the Washington Examiner.

"The Chinese Communist Party (CCP) acts with naked self-interest in all respects, enabled by the United States and the rest of the West, countries that remain supine while they do so. The appeasement must end."

Marion Smith, executive director of the Victims of Communism Memorial Foundation in Washington, D.C., wrote in an April 5 op-ed for USA Today that "the world is facing upheaval unseen since the Second World War. Whole countries are shut down. Borders are closed. Economies are unraveling. Governments are mobilizing for an extended struggle. Billions of people are terrified.

"But all of this was preventable, if the Chinese Communist Party had just been honest. If Beijing had allowed doctors in China to raise the alarm and contain the threat, the virus could have been stopped in its tracks. If Beijing had accurately described how the virus spread, people from New York to New Delhi could have prepared accordingly."

Meanwhile, an online petition calling for the resignation of the embattled leader of the World Health Organization neared 1 million signatures on Sunday, Fox News reported.

Tedros Adhanom Ghebreyesus, the Ethiopian politician who has led the United Nations-backed health body as director-general since July 2017, has been under fire over his handling of the coronavirus pandemic.

Specifically, Tedros has been accused of allowing China to underreport the impact of the virus in Wuhan, the city believed to have been the point of origin for the deadly outbreak. The allegedly lowballed numbers from China have affected other nations’ ability to adequately respond to the outbreak, critics have asserted.

At least three of the last five influenza pandemics originated in China, Orestes noted. ("It could potentially be four, as there’s compelling evidence the Spanish flu, which claimed 50 million lives, also came from China.) This is not including bird flu (1997), and SARS (2003), which are also Chinese in origin. Many of these outbreaks were results of the country’s practices and the government’s incompetence."

Confronting China’s "mercantilist behavior" is what President Donald Trump "successfully ran on, and the president has done an effective job advancing American interests through the trade war," Orestes wrote. "This alone, however, isn’t enough to address the costs China has inflicted on the U.S. and the world. China’s pathological predations and disregard for other civilizations must be viewed holistically."

The world also "mustn't forget China’s economic predation, theft, and fraud," Orestes wrote. "This is widespread and difficult to enumerate fully. China’s militarization of and arbitrary claim to the South China Sea is an increasingly hostile attempt to abuse its neighbors and control a territory through which 33 percent of global shipping passes."

Diplomatic finesse does not work on China, and symmetrical costs must be imposed, Orestes wrote, starting with:

• Delisting Chinese companies from American exchanges. Stop enabling frauds that refuse to abide by our accounting standards to raise capital in our markets.

• An intentional default on Chinese-owned debt. The U.S. just passed a $2 trillion stimulus to try and keep its companies and citizens solvent while it fights the coronavirus, with more likely on the way. The Federal Reserve will inject at least $4 trillion-$6 trillion more to keep financial markets stable.

"China is owed nothing: These massive costs are its fault," Orestes said. "Let China threaten not to buy our treasuries anymore. There is plenty of demand to fill the void. China only owns a little over $1 trillion in U.S. debt, so greater damages must be inflicted in conjunction: A UK think tank’s recent suggestion of a $6.5 trillion lawsuit is along the right track. Reparations are appropriate."

As the coronavirus pandemic sweeps the globe, "one fact is increasingly clear: The Chinese Communist Party caused this crisis," Smith wrote.

"From the moment the coronavirus emerged in central China, Beijing has acted in a way that made a pandemic possible and then inevitable. It covered up what was happening in Wuhan. It silenced whistleblowers who sought to warn the world. It stole medical supplies from other countries, even while claiming the sickness was no big deal," Smith wrote.

"At every stage, the Chinese Communist Party has lied."

“We strongly think Tedros Adhanom Ghebreyesus is not fit for his role as WHO Director General,” the petition posted on the Change.org website, states, calling for the official’s immediate resignation according to the Fox News report.

“A lot of us are really disappointed,” the petition continues. “We believe WHO is supposed to be politically neutral. Without any investigation, Tedros Adhanom Ghebreyesus solely believes the death and infected numbers that the Chinese government provided them.”

On Thursday, a group of Republicans from the House Oversight Committee wrote to Tedros, demanding that he disclose the precise nature of his relationship with Chinese officials.

“Throughout the crisis, the WHO has shied away from placing any blame on the Chinese government, which is in essence the Communist Party of China,” the Republicans wrote. “You, as leader of the WHO, even went so far as to praise the Chinese government’s ‘transparency’ during the crisis, when, in fact, the regime has consistently lied to the world by underreporting their actual infection and death statistics.”

The GOP letter cited a January message on Twitter in which the WHO said Chinese authorities found "no clear evidence" of human-to-human transmission of the virus.