Who are the stakeholders in Dominion Voting Systems? 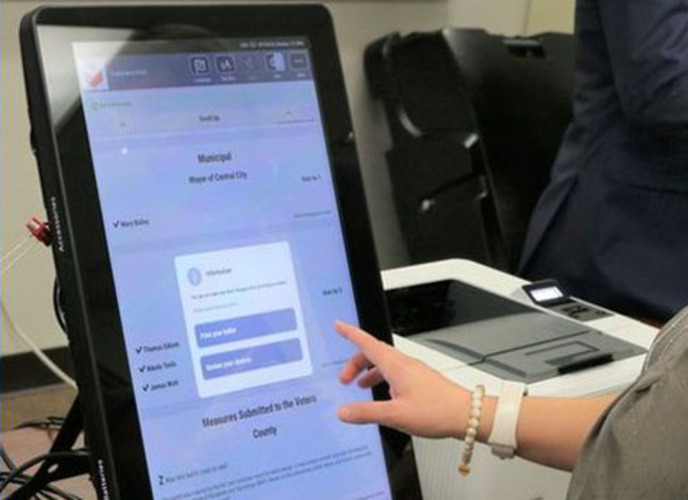 Dominion Voting Systems, which is at the center of the #Glitchgate scandal in the contested 2020 election, was acquired by private equity firm Staple Street Capital in July 2018.

"Team Obama literally bought the voting machines and software being used to count the votes in this election," an independent media member noted.

Former federal prosecutor Sidney Powell said in a Fox News interview that Democrats had invested in the use of Dominion Voting Systems to commit “fraud” on elections.

“They have invested in it for their own reasons and are using it to commit this fraud to steal votes. I think they’ve even stolen them from other Democrats in their own party who should be outraged about this also,” Powell said.

Dominion has links to companies with deep ties to the Washington, D.C. deep state.

A 2014 State of California document indicated that Dominion’s agent of record at that time was Boston lawyer Michael Bevilacqua of Wilmer Hale. Former special prosecutor Robert Mueller works for that firm.

A 2020 filing lists Dominion's registered agent as Florida-based Cogency Global. Its directors were listed as Hootan Yaghoobzadeh of Staple Street Capital, Stephen Owens, also of Staple Street, and Benjamin Humphreys. Yaghoobzadeh and Owens have past ties to the Soros-backed Carlyle Group.

Dominion has a lock on a third of the voting machine market in the U.S., including all the battlegrounds states. The firm has come under scrutiny in the days following the Nov. 3 vote with voting problems reported in Michigan and Georgia. The glitches reported thus far only switched votes from Republican to Democrat.

The New York Times reported that "Georgia records list eight registered lobbyists for Dominion. One of them is Lewis Abit Massey, a former Democrat Georgia secretary of state who once ran for governor."

Problems with the Dominion system were documented in 2019 in Pennsylvania. WITF.org reported that Jefferson County started using Dominion systems and "poll workers reported problems with Sharpie markers bleeding through the paper ballots and causing them to be rejected."

Nadeam Elshami, House Speaker Nancy Pelosi’s former chief of staff who last year became a lobbyist for Dominion, and Richard Blum, California Sen. Dianne Feinstein’s husband, who she said is a significant shareholder in the company.

In March 2019, Sen. Amy Klobuchar of Minnesota, who ran for president in the Democrat primaries, and three other top Democrats sent a letter to the top executives of Hart InterCivic, Election Systems & Software and Dominion Voting Systems, saying the companies should do far more to upgrade their products.

“The integrity of our elections is directly tied to the machines we vote on — the products that you make,” says the letter from Klobuchar, Mark Warner of Virginia, Jack Reed of Rhode Island and Gary Peters of Michigan. “Despite shouldering such a massive responsibility, there has been a lack of meaningful innovation in the election vendor industry and our democracy is paying the price.”

[Note: A Twitter thread on how to compromise Dominion's systems is getting much attention.]