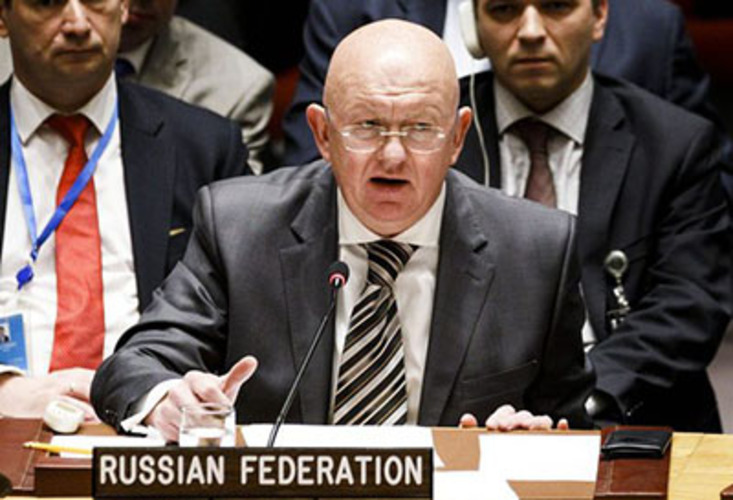 Russia informed the UN Security Council on Friday of “the military biological activities of the U.S. on the territory of Ukraine.”

"Some documents came into possession of the Russian Defense Ministry. They confirm that a network of at least 30 biological laboratories has been formed in Ukraine, which conducted extremely hazardous biological experiments aimed at amplifying the pathogenic characteristics of the plague, anthrax, tularemia, cholera and other deadly diseases with the help of synthetic biology," Nebenzia said.

On Thursday, Olivia Dalton, spokesperson for the U.S. Mission to the United Nations, had said: "This is exactly the kind of false flag effort we have warned Russia might initiate to justify a biological or chemical weapons attack. We’re not going to let Russia gaslight the world or use the U.N. Security Council as a venue for promoting their disinformation."

“That worries me very much because we have often been convinced that if you want to know Russia’s plans, they are what Russia accuses others of,” Zelensky said late Thursday in his nightly address to the nation. “I am a reasonable person. The president of a reasonable country and reasonable people. I am the father of two children,” he said. “And no chemical or any other weapon of mass destruction has been developed on my land. The whole world knows this.”

Independent journalist Sharyl Attkisson noted on Friday that a list of Ukraine biolabs documents had been removed by the U.S. Embassy.

"All the documents associated with these labs have been removed from the Internet. If you click on any of the links, the PDF files are no longer available. Thankfully, these files have been archived and can still be accessed."

Another independent journalist, Lara Logan, posted links to some of those documents on Gettr:

The head of the Russian military’s radiation, chemical and biological protection troops, Igor Kirillov, doubled down on Russia's claims on Thursday, saying that U.S.-sponsored labs in Kyiv, Kharkiv and Odessa were working on dangerous pathogens custom-designed to target Russians and other Slavs.

“We can say with a high probability that one of the goals of the United States and its allies is the creation of bioagents capable to selectively infect various ethnic groups,” Kirillov said.

China added fuel to the fire.

“This Russian military operation has uncovered the secret of the U.S. labs in Ukraine, and this is not something that can be dealt with in a perfunctory manner,” Chinese Foreign Ministry spokesperson Zhao Lijian said Thursday. “It is not something they can muddle through by saying that China’s statement and Russia’s finding are disinformation, and are absurd and ridiculous.”