Tara Reade's ex-husband is 7th to back details of allegation 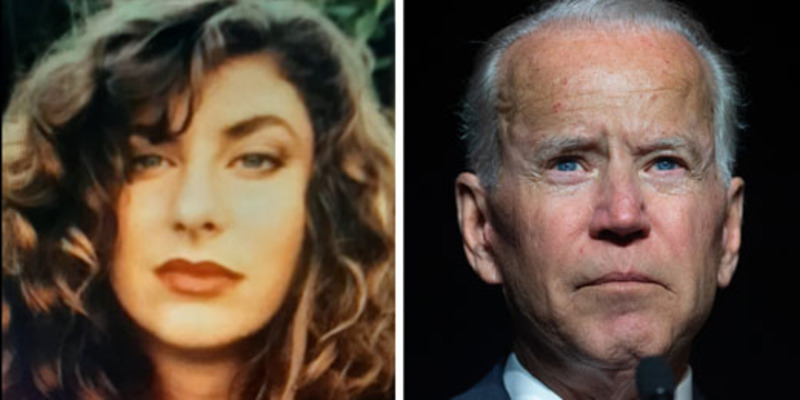 Tara Reade said in an interview with Megyn Kelly: 'I want to say, you and I were there, Joe Biden. Please step forward and be held accountable. You should not be running on character for the president of the United States.'
readebiden by N/A is licensed under N/A
FPI / May 10, 2020

Tara Reade had told her ex-husband that she experienced sexual harassment at work in Joe Biden’s Senate office, a 1996 court document shows.

The March 1996 court declaration, written by Reade’s ex-husband Theodore Dronen and obtained by The Tribune in San Luis Obispo, California, shows that Reade told Dronen about “a problem she was having at work regarding sexual harassment, in U.S. Senator Joe Biden’s office.”

Dronen, who is reportedly at least the seventh person to confirm details of Reade’s allegations, confirmed to The Tribune that he wrote the declaration but asked to be left out of the matter.

“Tara and I ended our relationship over two decades ago under difficult circumstances,” the San Luis Obispo County resident told the Tribune in an email. “I am not interested in reliving that chapter of my life. I wish Tara well, and I have nothing further to say.”

Dronen wrote in the 1996 declaration that Reade had told him that she “eventually struck a deal with the chief of staff of the Senator’s office and left her position.” He stated that he was “sympathetic to her needs” and allowed her to stay at his apartment while she struggled financially.

He added that “it was obvious that this event had a very traumatic effect on (Reade), and that she is still sensitive and effected [sic] by it today.”

Reade’s legal representation said in an email to the Tribune that the declaration is “further support that Ms. Reade was sexually assaulted and sexually harassed by then Senator Joe Biden.”

“I want to say, you and I were there, Joe Biden. Please step forward and be held accountable. You should not be running on character for the president of the United States,” Reade told Kelly. Reade called on Biden to withdraw but said she didn’t think he would and that it was a “little late” for an apology.

She also said she would absolutely make her accusations under oath.

Reade said she would take a polygraph “if Joe Biden takes one” but “I’m not a criminal.”

House Speaker Nancy Pelosi said as far as she was concerned, Biden denying the charges was enough for her, she considered the case “closed” and wasn’t going to answer any more questions on the subject.

RedState's Nick Arama wrote on May 7: "Sorry, Nancy, you can’t dismiss it that easily and AOC, now you can’t use that excuse, because Tara Reade is straight-up telling you, 'Don’t support Joe Biden.' ”

Democrats "have ripped off their #MeToo masks and tap-danced all over any standards they ever professed to have about listening to women," Arama wrote.

Sen. Dianne Feinstein, California Democrat, called the allegations against Biden “ridiculous” and said outright that she did not believe Reade. When asked about her treatment of Brett Kavanaugh during his Supreme Court confirmation hearing, Feinstein insisted that was totally “different.”

Feinstein said that “Kavanaugh was under the harshest inspection that we give people over a substantial period of time.”

Feinstein also questioned why Reade waited so long to bring forward her allegations.

“And I don’t know this person at all who has made the allegations. She came out of nowhere. Where has she been all these years? He was Vice President,” Feinstein said. To “attack him in this way to me is absolutely ridiculous.”

“No, I do not,” she said when asked if she believes Reade, according to The Hill.

The Hill also reported that Feinstein said she has “a great respect for his integrity, for his fidelity to his family his friends. And so these accusations are very disturbing because they do have an impact on an individual, and every indication I would have is that they would be false until I was shown otherwise.”

Arama noted that Feinstein never questioned the word of Kavanaugh accuser Christine Blasey-Ford and where she had been all those years that Kavanaugh was in government or being appointed to the federal bench. "She didn’t question Ford, indeed she said she believed Ford."

Feinstein said that “every single piece of information from Dr. Christine Blasey Ford is eminently credible, sincere and believable,” despite Ford having absolutely no supporting evidence for her story, her story continuously changing and her “witnesses” saying that they have no recollection of there ever being such a party as she claimed, Arama noted.