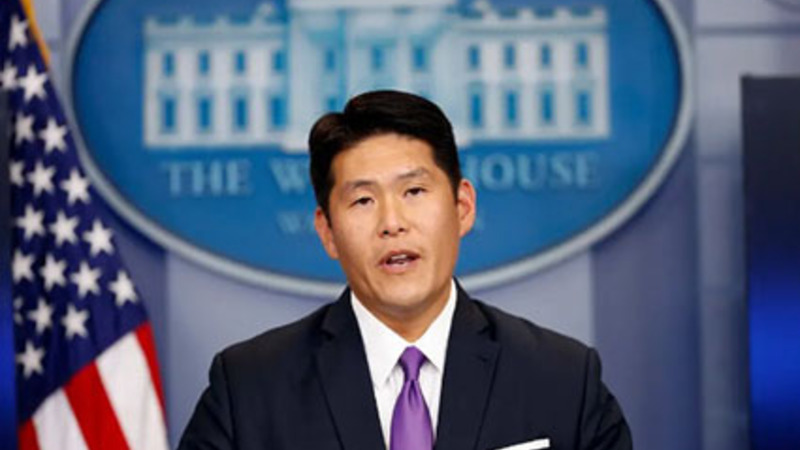 The usual suspects of pundits and politicians lined up to praise Attorney General Merrick Garland's appointment of Robert Hur as special counsel to oversee the investigation into classified documents discovered at Joe Biden’s home and office.

One individual offered up accolades that made Hur seem like a slam dunk choice.

Hur “has a great record," "is a superb lawyer,” and “has a long and distinguished career as a federal prosecutor,” the individual said.

That individual is Rod Rosenstein, the disgraced former assistant attorney general and key figure in prosecuting the Russiagate hoax.

Yes, that Rod Rosenstein, "who conspired with the fellow disgracee Andrew McCabe to wear a wire to catch Donald Trump in a 25th Amendment-worthy meltdown because they hated him so much," Victoria Taft noted in a Jan. 12 analysis for PJ Media. "Pardon me if I don’t swoon."

So, who exactly is Robert Hur?

Hur is a former U.S. attorney in Maryland who had helped Rosenstein oversee the special counsel witchhunt led by Robert Mueller. He earlier worked as an adviser in the George W. Bush administration to Christopher Wray, who has gone on to utterly destroy the FBI's reputation as the nation's premier law enforcement agency.

Jason Foster, former chief investigative counsel for the Senate Judiciary Committee working for then-chairman Chuck Grassley, says Hur was one of the officials “who handled, participated in, or ha[d] personal knowledge of the FBI’s relationship and communications with” dossier author Christopher Steele.

"Foster shared a document that shows Hur was a key man who dealt with Steele’s disinformation and got a FISA warrant to spy on Trump World using faked information that had been conjured up by the Hillary Clinton campaign," Taft noted.

Hur was Rosenstein’s lawyer during the Russiagate probe and used his office to block the so-called Nunes memo which detailed the corrupt law enforcement and Democrat campaign against Trump, according to Kash Patel, Rep. Devin Nunes’s top investigator. Patel says Hur should be the first subpoena issued by Rep. Jim Jordan’s committee which will look into government corruption.

Taft added: "Hur may be “extraordinarily hard-working and effective,” but will he go where the verified evidence leads him or will he preside over another Washington special counsel con job supporting the home team?"

In an interview on the Jan. 13 UncoverDC podcast, Trump White House intelligence adviser Kash Patel said what is playing out with Biden and the classified documents is an attempt by Barack Obama, Susan Rice, and the Democrats to "get rid" of Biden for 2024 and Hunter Biden in "one fell swoop."

"Because they know if he runs against Donald Trump he's going to lose. So that's the end state. Now they're looking at 'how do we get there.' " The fact that DOJ investigators were aware Biden had the documents before the November midterms, yet withheld the information until this week, shows that "the DOJ and FBI, led by the two biggest government gangsters, (Christopher) Wray and Merrick Garland, are into election rigging yet again."

Patel added that Hur's investigation likely won't result in charges against Biden but the damage done will "be enough to get rid of him" for 2024.