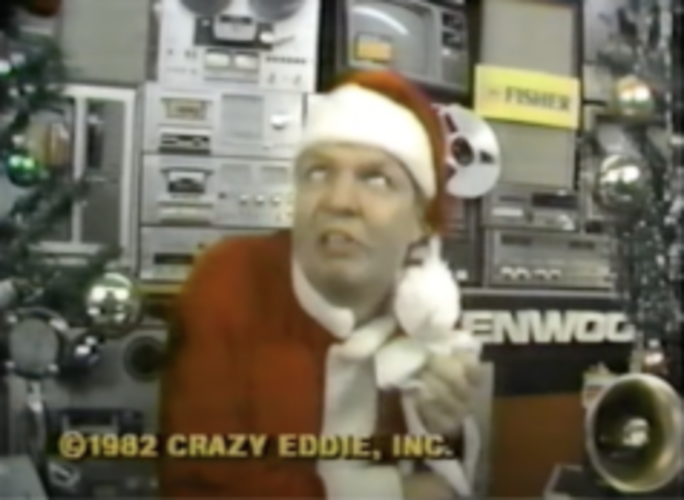 by Romulus at Backpack Trader


There used to be an electronics store in New York called Crazy Eddie’s. They sold stereos, televisions and all kinds of little gizmos. New York was loaded with stores like this, but Crazy Eddie’s was different because of the summer Christmas sale commercials.

Like Crazy Eddy, the markets this year may also have pushed the Christmas season.


Stock market participants are also fond of the idea of predictable, seasonal discounts. For example, most believe that October is the worst month for stocks. That makes sense. The two largest single day crashes occurred during the months of October 1929 and 1987. Even in the ancient world, there were occasions when the Roman grain markets would collapse, and when they did it happened in October.

Grow Wealth, Not Risk. Trade alongside a 27-year market veteran

The facts regarding October results, however, differ from the common belief. According to data from 1980 through 2019, September is the most bearish month, with an average loss of .70%. The average gain per month is .67%, which means September usually comes in much worse than the remaining eleven months. This previous September was only an outlier in that it lost way more than normal, dropping 9% this year.

Although October can be scary for investors with the ghosts of 1929 and 1987 lurking around Wall Street, in reality the month is normally strong for the bulls, closing an average of +.92%, beating the yearly gain by almost a third.

There are approximately 3,700 publicly traded stocks on the major US exchanges, and most of them are small (small cap stocks). No matter how good the general market does on the upside for a given year, there are always hundreds of stocks that are down by early December. Investors sell these stocks to harvest the tax-loss benefit, which pushes them even lower. Then in January, the small cap segment would fly as investors bought the beaten down stocks back again. A funny thing happened on the way to the bank, however.

As time went on, traders pushed the January effect to December, then November. They kept pushing it until it no longer exists, at least not as any trustworthy edge. That is what happened in October and September. Now, August is getting on the action, posting the second worst average returns of the year.

Lately, there has been a lot of chatter about the coming Santa Claus rally.


It is not unusual for stocks to rally around the holidays, both Thanksgiving and Christmas. November and December are two bullish months that kick off the bullish half of the year (November 1st through April 30th). People are partying and spending money and feeling better about the future. So, stocks go up. Not always, of course.

Well, just like Crazy Eddie’s August sale and the January effect getting played out in September, the anticipated Santa Claus rally may have shown up early this year. The Dow Jones Industrial Average is up 19% from the October 13th low—19%! It beat the other major averages, but the S&P 500 also hasn’t done too poorly, jumping 15.5% over the same period.

However, this powerful move has not been accompanied by equally strong internal statistics, and conditions are ripe for a general pullback. It will be very difficult for the bulls to continue the current levitation act, though, without a correction soon. Trading and investing is all about balancing risk and reward. Right now, the potential reward of being heavily long the market is not worth the risk.

If the market drops more than a few percent over the next few weeks, that may create favorable conditions for a late-year rally.

While it is true that November and December are traditionally bullish months for stocks, it is not the case 100% of the time. The 4th quarter of 2018 was a total train wreck for the market as the S&P fell over 19% by December 26th. November and December of 2008 showed a flat return while the same period in 2002 was up 1%. 1994 was down slightly, 1987 was down 2% and 1973 and 1974 posted losses between 4 and 8%. There are enough variations in the data to paint a cautious picture of any well-worn trading belief like the Santa Claus rally. And a full-fledged bear market still going on, is even more reason to be careful on the long side.

We have not seen the last of the crypto crazies and the problems they are creating for the stock market bulls.

There are many Wall Street aphorisms that should be taken with pounds of salt, but one thing stays consistent. The news will continue to look negative long after the ability of whatever is causing the bad news holds sway in the market. For example, during the financial crisis of 2008, the stock market bottomed in March of 2009. Housing prices kept slowly falling until January of 2012, almost three years after the longest running bull market in history began.

It will be the same thing in crypto, but we aren’t there yet. In the meantime I remain cautious about this late-November Santa Claus Rally.

Wealth, like Rome, cannot be built in a day. But, like Rome, it can be lost in a day. Watch for future announcements from Romulus about profitable market moves, important indicators, and major market swings. For trading education, mentoring, or to beat the markets with Romulus’ trading group, contact romulusteaches@yahoo.com.

In his real-life existence, Romulus started on Wall Street in 1994 and traded for a hedge fund for 13 years. Since 1994, he has called every major market top ahead of time and profited from them, including the break of the Dot-com bubble in 2000, the market crashes of 2008 and 2009, and the Covid crash of 2020. Since 2020 he has been working with investors and traders to actively manage their portfolios by growing wealth, not risk, as a teacher and mentor working with Backpack Trader, a stock trading educational company.