by Romulus at Backpack Trader


My first job on Wall Street was on the fourth floor of a very tall building. There were a lot of windows overlooking the street. I walked over to one of those windows and looked around.

I could feel the energy of being in the center of the financial universe, I sensed the history of all that had gone on before me. It was one of the most humbling and exhilarating experiences of my entire life.

As I was standing there, a senior broker strolled up next to me and told me to look down. Directly beneath the windows were these giant nets held together by poles that were stuck into the side of the building. Before I even had a chance to ask, he said they were there to catch the jumpers. “You know, like the 29 crash,” he explained.

It only took me a second to figure out what the nets were really for (it wasn’t to catch jumpers!). That was just something they told the new guys, have a little fun at their expense. The building I worked in was built in the 1920’s, there was always some maintenance and repair work going on. The nets stopped any debris from falling on the street.

Wall Street was a tight community back then. Thousands of brokers all worked within a few hundred yards of each other. There was no text messaging or social media in those days, but we had the ability to communicate using ILX or Bloomberg terminals (stock quote computers that also had early versions of instant messaging). A few months into this amazing career of mine I heard a buzz going around the room. The phones were put down and everyone was looking at their computer screens. Messages were flying back and forth about a shooting. It was a broker at a firm nearby who shot himself in the head at his desk.

This broker was heavily involved in the biotechnology stocks. They were hot for a while when the rest of the market was doing nothing. This guy went all in.

The biotechs crashed in 1995, and he killed himself.

The owner of the firm I worked for was a big guy. Not tall, just fat. He ignored his health. He didn’t ignore this one biotechnology company, though (unrelated to the previously mentioned crash). He was nuts about this stock. He tried to get everyone at the firm to buy it. We mostly ignored him, but he carried on like this for years. I lost track of him for a long time, but I heard that he hung himself in his barn four years ago.

He never let go of that biotech stock, and the stock never worked out.


There was a crash on Wall Street in 1929 and people did commit suicide, but it wasn’t a mass event, and it didn’t involve many Wall Street professionals. It is likely that no more than a half a dozen brokers killed themselves after the crash. History shows that suicides did spike in 1930 all over America. History also shows that suicides went up in 2001 and 2008, as well.

The evidence demonstrates that the suicide rate goes up far more after large stock market meltdowns than during jumps in unemployment or pullbacks in home prices. The stock market is a serious beast. This is called correlation.

Even though market corrections may not lead to a raft of financial related suicides, my own experience tells me there is a connection. It was said that my former boss killed himself because he could no longer endure the losses he suffered from that failed biotech. That broker who shot himself couldn’t see a way out of the hole he dug himself in.

There was another suicide on September 2 of this year. The chief financial officer of Bed, Bath and Beyond, Gustavo Arnal, jumped out of the Jenga building in Tribeca. This was a few days after a civil suit was filed against Arnal and Ryan Cohen, the founder of Chewy.com, The suit accused them of conspiring to artificially inflate the stock price so they could sell their holdings into the recent run-up. After this, Cohen could possibly face a federal criminal investigation.

I hope Cohen's days of being a leader of the Reddit/Robinhood trading crowd are over.

I am not gloating, nor am I patting myself on the back. I spent weeks in late July and early August warning the trading world about the dangers of BBBY and Ryan Cohen. I called the company a dumpster fire more times than I can remember. The stock hit $30 on August 17th; it is trading at $6.30 now. It’s just that 28 years in this business has developed an instinct within me, a sense of when things might go horribly wrong.

What happened to Gustavo Arnal is a tragedy. I extend my deepest sympathies to his friends and family.

The trading goes on. 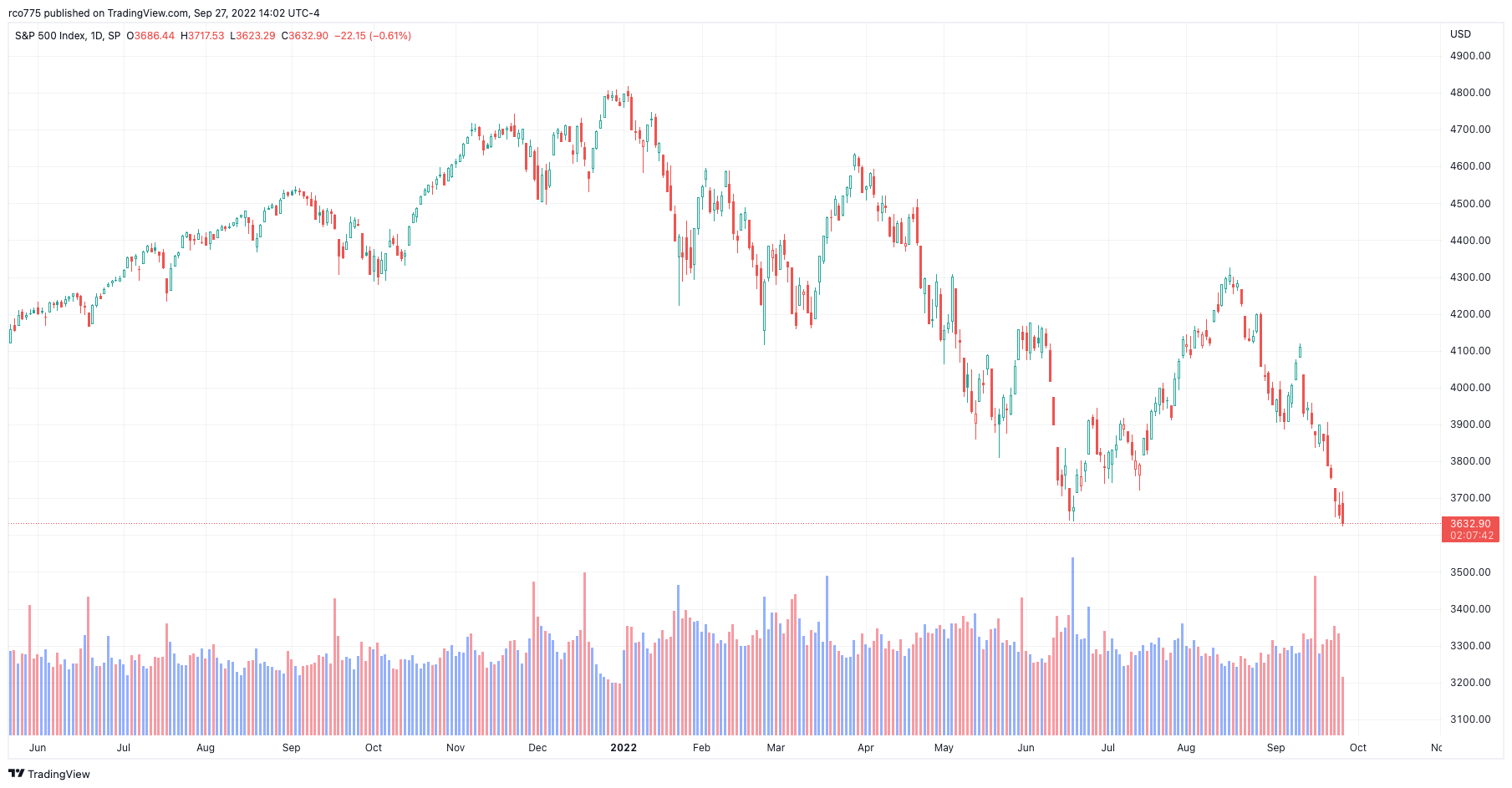 The general stock market has acted like a nut through the summer. I mentioned several times in this column that if June 16th marked the beginning of a new bull market, it would be the only time in charting history that a new bull came from such lousy conditions. There was no selling climax, no massive puke session. None of the intermediate or longer-term indicators reached the typical deeply oversold levels that are seen at major market lows.

Yet, the first two weeks of August showed a lot of gusto.

I didn’t jump on the bull bandwagon, but instead warned traders that return to the June lows was very likely. And now we are there.

Wealth, like Rome, cannot be built in a day. But, like Rome, it can be lost in a day. Watch for future announcements from Romulus about profitable market moves, important indicators, and major market swings. For trading education, mentoring, or to beat the markets with Romulus’ trading group, contact romulusteaches@yahoo.com.

About the author: In his real-life existence, Romulus started on Wall Street in 1994 and traded for a hedge fund for 13 years. Since 1994, he has called every major market top ahead of time and profited from them, including the break of the Dot-com bubble in 2000, the market crashes of 2008 and 2009, and the Covid crash of 2020. Since 2020 he has been working with investors and traders to actively manage their portfolios by growing wealth, not risk, as a teacher and mentor working with Backpack Trader, a stock trading educational company.