The Pentagon official and the columnist: Bad news for Flynn 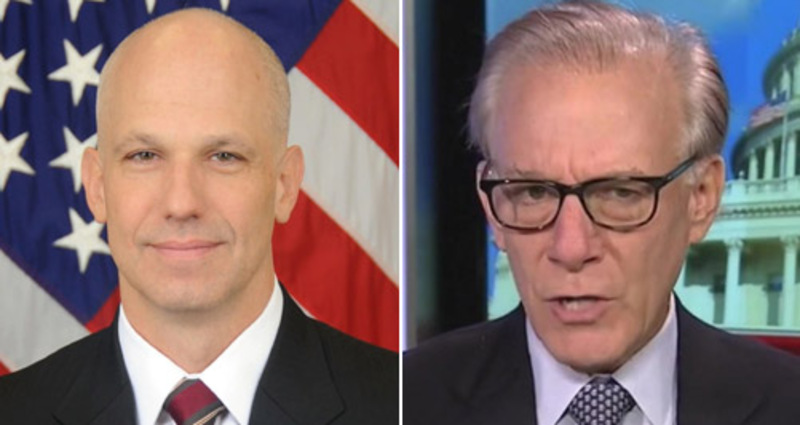 A senior Pentagon official had regular contact with the Washington Post reporter whose column was the impetus for the FBI's interview of former national security adviser Michael Flynn, documents obtained by a government watchdog group show.

Judicial Watch, through the Freedom of Information Act (FOIA), uncovered the communications between The Washington Post's David Ignatius and James H. Baker, who directs the Pentagon Office of Net Assessment (ONA).

Judicial Watch sued the Pentagon under FOIA to obtain more than 100 pages of emails that showed a source-reporter relationship between Baker and Ignatius.

Baker noted in one email that he had a “long history” of talking with Ignatius, who writes a twice-weekly column on foreign affairs.

Spanning 2015-2019, the Ignatius-Baker emails show that they discussed a variety of national security issues. Baker refers to the columnist as “sir.” Ignatius addresses him as “Jim.”

A column by Ignatius about Flynn’s calls with Russian Ambassador Sergey Kislyak during the presidential transition sparked FBI agent Peter Strzok to interview Flynn at the White House, which resulted in Flynn pleading guilty to making false statements.

"The Jan. 12, 2017, column is seen as a flash point in the two-year media firestorm of Trump-Russian conspiracy stories that was extinguished when special counsel Robert Mueller reported in March 2019 that he found no election collusion," Washington Times reporter Rowan Scarborough noted on May 3.

Sidney Powell, Flynn’s attorney, filed papers in U.S. District Court in October saying Baker “is believed to be” the source for the Jan. 12 Ignatius column.

Ignatius’ Jan. 12, 2017, column, based on a tip from the Obama administration, "disclosed that Flynn had spoken to Kislyak by phone and suggested the topic was how to respond to Obama-imposed sanctions," Scarborough noted. "Ignatius wondered if this would have violated the 1799 Logan Act. The column reflected the exact conversation about Flynn being conducted inside the Obama Justice Department."

Flynn had been targeted in August 2016 by the FBI for a counterintelligence investigation on Russian election inference. But no evidence ever materialized that he conspired with Moscow.

The Trump team denied that Flynn talked about sanctions. The FBI had intercepted the call and knew that Flynn had asked Moscow not to overreact.

The FBI Trump-Russia investigation, led by the since-fired Strzok, had the transcript. They devised a plan to visit Flynn on Jan. 24 and see if he would lie about the call. Flynn denied the subject came up. He was fired and eventually pleaded guilty to providing a false statement to Strzok.

Powell is asking U.S. District Judge Emmet G. Sullivan to dismiss the case against Flynn. She unearthed documents that show Flynn pleaded guilty under threat from the Mueller team that it would prosecute his son. She said the FBI entrapped and “framed” her client.

Scarborough noted that ONA "has become a nexus for Trump-Russia intrigue beyond the Baker-Ignatius relationship. Stories about the White House National Security Council and an important FBI spy both have links to the Office of Net Assessment, a secretive agency whose mission is to identify global threats."

Baker’s office has contracted for more than $1 million in studies with Stefan Halper, the longtime Washington national security figure who as an FBI informant was sent to spy on the Trump campaign.

In another Trump-Russia link, a Baker analyst, Adam Lovinger, left ONA at Flynn’s request to work at the National Security Council as a detailee. Lovinger is a Flynn associate and Trump supporter who criticized in-house how Baker ran ONA and questioned Halper’s research techniques.

At the security council, Lovinger "soon learned he was the target of an investigation initiated by Baker, who alleged that he had mishandled sensitive files," Scarborough reported. "Lovinger was pulled back to the Pentagon, was suspended without pay and lost his appeal with an administrative law judge. His attorney, with the help of Judicial Watch, later discovered a Navy intelligence report that cleared Lovinger of any security breaches."