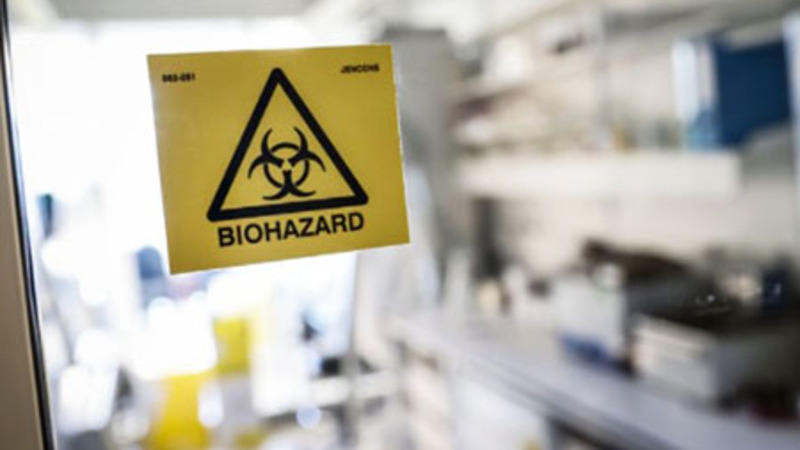 A June 2010 article details how Barack Obama, while serving as a U.S. senator from Illinois, was prominent in negotiations for a deal to build a level-3 bio-safety lab in Odessa, Ukraine which would handle "especially dangerous pathogens."

The article, titled "Biolab Opens in Ukraine", was deleted from the web but recovered by The National Pulse.

Among the viruses the lab studied were Ebola and “viruses of pathogencity group II by using of virology, molecular, serologica and express methods.”

“This laboratory was reconstructed and technically updated up to the BSL-3 level through a cooperative agreement between the United States Department of Defense and the Ministry of Health of Ukraine that started in 2005. The collaboration focuses on preventing the spread of technologies, pathogens, and knowledge that can be used in the development of biological weapons, ” according to a 2011 report by U.S. National Academy of Sciences’ Committee on Anticipating Biosecurity Challenges of the Global Expansion of High-Containment Biological Laboratories.

Additionally, the lab provided “special training for specialists on biosafety and biosecurity issues during handling of dangerous biological pathogenic agents.”

The National Pulse reported on the recovery of the article on March 8, the same day that Team Biden Under Secretary of State for Political Affairs Victoria Nuland told the Senate that the American government is concerned about biological research facilities in Ukraine falling into the hands of Russian invaders.

The recovered article, which also highlighted the work of former Sen. Dick Lugar, was additionally included in Issue No. 818 of the United States Air Force (USAF) Counterproliferation Center’s Outreach Journal.

“Lugar said plans for the facility began in 2005 when he and then-Senator Barack Obama entered a partnership with Ukrainian officials. Lugar and Obama also helped coordinate efforts between the U.S and Ukrainian researchers that year in an effort to study and help prevent avian flu,” explained author Tina Redlup.

On March 6, the Russian news agency Ria Novosti released documents it claimed show Ukraine was working on “biological weapons” near the Russian border. Ria Novosti accused the U.S. of instructing Ukraine to destroy the biological agents before the Russian invasion.

Russia also released a list of the biological agents allegedly stored in Ukraine labs for testing. The list included Salmonella, E. Coli, Anthrax and The Plague.

BREAKING: Russia publishes documents which show Ukraine was working on biological weapons near russian borders — such as Anthrax and Plague & that the pentagon has instructed to destroy them — violating article 1 UN prohibition of biological weapons. — These are US funded labs pic.twitter.com/DngZkGwws2

Nuland's confirmation that Ukraine has U.S.-supported biological weapons labs had long been characterized by "fact-checkers" in U.S. corporate media as disinformation and conspiracy theory.

The so-called fact-checkers "never presented any evidence for their ruling — how could they possibly know? and how could they prove the negative? — but nonetheless they invoked their characteristically authoritative, above-it-all tone of self-assurance and self-arrogated right to decree the truth and label such claims false," independent journalist Glenn Greenwald noted in a substack.com report.

The Chinese Foreign Ministry this month claimed: "The U.S. has 336 labs in 30 countries under its control, including 26 in Ukraine alone.”

Such assertions, Greenwald noted, "deserve the same level of skepticism as U.S. denials: namely, none of it should be believed to be true or false absent evidence. Yet U.S. fact-checkers dutifully and reflexively sided with the U.S. Government to declare such claims 'disinformation' and to mock them as QAnon conspiracy theories. Unfortunately for this propaganda racket masquerading as neutral and high-minded fact-checking, the neocon official long in charge of U.S. policy in Ukraine (Nuland) testified on Monday before the Senate Foreign Relations Committee and strongly suggested that such claims are, at least in part, true."

"Rubio undoubtedly expected a flat denial by Nuland, thus providing further 'proof' that such speculation is dastardly Fake News emanating from the Kremlin, the CCP and QAnon," Greenwald noted.

Instead, Nuland "did something completely uncharacteristic for her, for neocons, and for senior U.S. foreign policy officials: for some reason, she told a version of the truth. Her answer visibly stunned Rubio, who — as soon as he realized the damage she was doing to the U.S. messaging campaign by telling the truth — interrupted her and demanded that she instead affirm that if a biological attack were to occur, everyone should be '100% sure' that it was Russia who did it. Grateful for the life raft, Nuland told Rubio he was right," Greenwald added.

When asked whether Ukraine possesses “chemical or biological weapons,” Nuland did not deny it.

Greenwald noted that any hope to depict the facilities as benign or banal was immediately destroyed by the warning Nuland added: “We are now in fact quite concerned that Russian troops, Russian forces, may be seeking to, uh, gain control of [those labs], so we are working with the Ukrainiahhhns [sic] on how they can prevent any of those research materials from falling into the hands of Russian forces should they approach.”

The joint U.S./Ukraine biological research "is, of course, described by the State Department in the most unthreatening way possible," Greenwald noted. "But that again prompts the question of why the U.S. would be so gravely concerned about benign and common research falling into Russian hands. It also seems very odd, to put it mildly, that Nuland chose to acknowledge and describe the 'facilities' in response to a clear, simple question from Sen. Rubio about whether Ukraine possesses chemical and biological weapons. If these labs are merely designed to find a cure for cancer or create safety measures against pathogens, why, in Nuland's mind, would it have anything to do with a biological and chemical weapons program in Ukraine?"

"That a neocon like Nuland is admired and empowered regardless of the outcome of elections illustrates how unified and in lockstep the establishment wings of both parties are when it comes to questions of war, militarism and foreign policy. Indeed, Nuland's husband, Robert Kagan, was signaling that neocons would likely support Hillary Clinton for president — doing so in 2014, long before anyone imagined Trump as her opponent — based on the recognition that the Democratic Party was now more hospitable to neocon ideology than the GOP, where Ron Paul and then Trump's neo-isolationism was growing.

"You can vote against neocons all you want, but they never go away. The fact that a member of one of the most powerful neocon families in the U.S. has been running Ukraine policy for the U.S. for years — having gone from Dick Cheney to Hillary Clinton and Obama and now to Biden — underscores how little dissent there is in Washington on such questions. It is Nuland's extensive experience in wielding power in Washington that makes her confession yesterday so startling: it is the sort of thing people like her lie about and conceal, not admit. But now that she did admit it, it is crucial that this revelation not be buried and forgotten."