'Now I know too much': Actress turns on Democrats, media 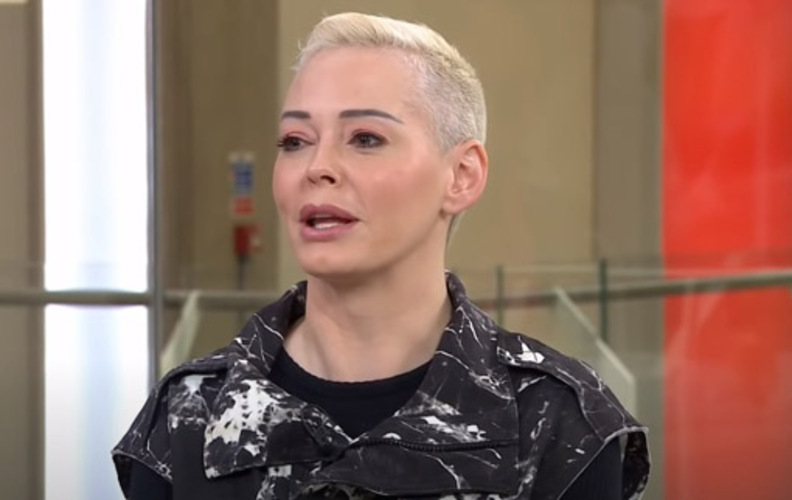 Rose McGowan: 'Republicans have always been painted as the bad guys, and I’ve always seen them more as a cult, but now I realize so are the Democrats and the media.'
rosemcg by N/A is licensed under N/A
FPI / May 1, 2020

Democrats and their major media allies who claim to be advocates for women but have written off or refused to acknowledge the sexual assault allegations against Joe Biden are nothing more than a "cult" engaged in a "cover-up," actress and #MeToo activist Rose McGowan said.

“I’m really sad, and I’m really tired. I normally share thoughts, but tonight it’s emotion,” McGowan captioned a tweet on April 29 that was accompanied by a letter in which she detailed having lost faith in Democrats and leftist media outlets like The New York Times and The Washington Post.

“They were twice my size and I had to listen to GW Bush give the keynote address and John Ashcroft sing his terrible eagle song. I lost count of GWB saying ‘terrorism’ at 47 because that’s what cult leader’s do and it gets boring. All because I thought democracy meant was I had a right to choose those who lined up with my values system,” McGowan said before asking “But what if there’s no one?”

“And I was always told it was the Democratic Party that were the good guys, that our papers were New York Times & the Washington Post and we as a family loved listing to All Things Considered and we’d talk about how much we loved Ira Glass’ voice,” McGowan explained. “But now I know too much. And I feel really quite a sense of loss tonight.”

“I am not a cynical person, but America goddamn,” McGowan continued. “Republicans have always been painted as the bad guys, and I’ve always seen them more as a cult, but now I realize so are the Democrats and the media. Macro and micro. This is deeper than a cover-up. And I’m sad because there’s death around all corners and shadows in the daytime. It hurts.”

McGowan has called on Biden to end his presidential campaign over Tara Reade’s allegations. “Fellow citizens, use your power, use your social media voice,” McGowan tweeted late Saturday. “Tweet at Joe Biden to end his campaign effective immediately.”

Though she was key to launching the movement which spotlighted and helped take down serial abusers such as Harvey Weinstein, McGowan has been relentlessly heckled by members of the media, the #MeToo movement, and the Democratic Party establishment.

McGowan earlier this month slammed the New York Times for continuously going after President Donald Trump but ignoring the accusations against Biden. "You are the problem," she said.

Indeed, the Times was among the leftist media outlets that wrote more than 700 articles about then-Supreme Court nominee Brett Kavanaugh’s accuser Christine Blasey Ford. But over the past month, mentions of Tara Reade’s name in the paper are few.

And as Reade’s claims continued to become clearer, McGowan’s public shaming of Democrats, the media, and feminist groups grew louder.

Meanwhile, the New York Times is pushing back on the Biden campaign and its surrogates for saying the newspaper had investigated the allegations against Biden and cleared him. The Times issued a statement pointedly saying that their previous article should not be used as evidence against Reade and that it does not say what Democrats are claiming it says.

A memo circulated from the Biden campaign issued talking points about the sexual assault allegation. One of those talking points was to claim that the Times had done a “thorough investigation” and had essentially debunked the claim. Stacey Abrams repeated that verbatim in an interview where she ended by stating the assault “did not happen,” another line from the talking points.

RedState's Bonchie noted: "The Times may have felt the need to offer a correction of the Biden campaign here, but they still aren’t going to take the Reade allegation seriously. They’ll continue to cover for the former VP just as they’ve done from the beginning. The real question is whether any Democrats will break rank. Where’s Bernie Sanders, who could likely rejuvenate his campaign right now if he took Reade’s side? He’s a political coward though, so I doubt he makes that move. I wonder how his fans feel knowing they got so thoroughly played by the old communist?

"What I do know is that Biden is about to have to address this head-on. He can’t keep hiding behind his handlers. I mean, he can try, but all he’s going to do is make it worse on him in the long run. Trump is going to have a field day."