A lifetime of lying catches up with Joe Biden 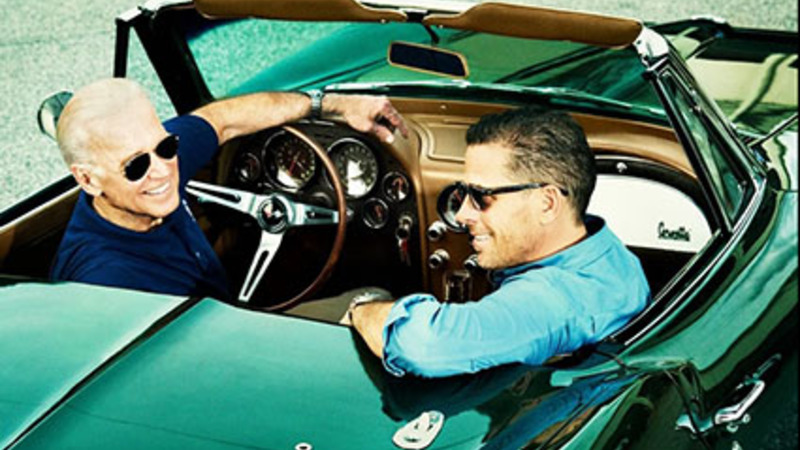 'The evidence points to the Bidens being deeply compromised.'
joboycorv by N/A is licensed under N/A
FPI / January 17, 2023

The Joe Biden classified documents scandal — which grows worse by the day — is now directly tied to Hunter Biden's "Laptop From Hell" which has documented the long trail of misrepresentation by the president and his family.

The laptop contained an email tying Hunter Biden to the Penn Biden Center for Diplomacy and Global Engagement, the Washington, D.C. think tank where the first stash of classified documents from Biden’s vice presidency was reported to be found.

The documents were discovered by Joe Biden's lawyers on Nov. 2, only days before the midterm elections, in an unsecured closet.

"He's finished. He's done. It is over for Joe Biden," Newsmax TV's Greg Kelly said (see below) who chronicled Biden's life-long patter of misrepresentations to the public via the media.

The laptop email shows that Hunter Biden was set to profit from the Penn Biden Center and its “Clinton Global Initiative” like operations, Kyle Becker noted in a Jan. 13 substack.com analysis.

On April 25, 2016, an operative named Craig Gering emailed Hunter with "confidential notes from our meeting," according to a Fox News report. Gering reveals that plans were discussed for the vice president after he left office.

"The Biden Institute of Foreign Relations at the University of Pennsylvania," Gering's email reads, "Focus on foreign policy. In addition to the institute at U of Penn, the school has an existing office in DC that will be expanded to house a DC office for VP Biden (and Mike, Hunter and Steve?). Operates like The Clinton Global Initiative without the money raise."

Hunter Biden confirmed receiving Gering’s email and told him to keep it hush-hush.

"Yes," Hunter replied, "in theory that's the way I would like to see it shake out--- BUT please keep this very confidential between us because nothing has been set in stone and there's still a lot of sensitivity around all of this both internally and externally. He hasn't made any decisions and this could all be changed overnight."

It has also been revealed the Hunter Biden is tied to the second stash of classified documents from Biden’s vice presidency, which were found in a garage where Joe stored his prized 1967 Corvette Stingray.

Miranda Devine, author of the "Laptop from Hell," provided documents showing that Hunter Biden claimed he owned the house with Biden’s garage full of classified documents.

In 2018 Hunter Biden claimed he owned the house where Joe Biden kept classified documents alongside his Corvette in the garage Via @jj_talking pic.twitter.com/L7c80MRRiS

The document shows that Hunter Biden claimed to own the house and the address appears on a copy of his driver’s license.

Another connection has also developed.

Joe Biden and his Corvette appeared in the season premiere of CNBC's "Jay Leno's Garage” in 2016. Biden told Leno his sons had restored the vehicle to showroom condition.

“My two sons, Beau, who passed away, and my son Hunter decided as a Christmas gift to have the engine rebuilt for me,” he explained.

"Hunter Biden would thus almost certainly have access to the garage where Joe Biden’s classified documents were stored," Becker noted.

Becker added: "Joe Biden and Hunter Biden are taking America for a ride. No one should believe for a moment that Hunter Biden’s business deals and his laptop are merely a fixation of the right and irrelevant to national security."

The White House announced on Sunday that no logs exist of visitors to Joe Biden's Wilmington residence where the second stash of documents was found.

The Secret Service also stated Sunday that while a detail is assigned to the home, they do not record visitors.

House Oversight Committee chair Rep. James Comer of Kentucky said: "We will continue to press the Biden Administration for answers about who had access to these classified documents and why Biden aides were permitted to rummage through the Wilmington residence after the appointment of a special counsel."