China issues 'clear threat' to Taiwan after loss of face 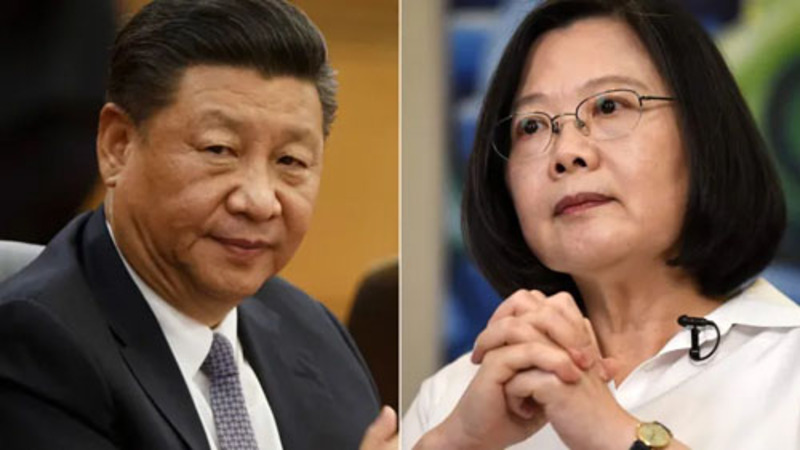 Communist China has issued "a clear threat to destroy Taiwan if it continues to offer a counter-coronavirus example to the world," a columnist noted.

The regime of supreme leader Xi Jinping also issued a warning to the United States against strenghtening ties with Taiwan during the coronavirus crisis, Tom Rogan wrote in an April 13 op-ed for the Washington Examiner.

Rogan pointed to an article in China's Global Times propaganda outlet which asserted "The world has entered an eventful period, during which Taiwan is ineligible to play an active role. Taiwan authorities should have the basic rationality to act cautiously. Otherwise, they have to pay the price for their self-righteousness and recklessness."

The Global Times article makes no mention of Taiwan's success in constraining the coronavirus outbreak.

China views the island of Taiwan as a breakaway province, but Taiwanese President Tsai Ing-wen was re-elected easily in January to a second term in office "specifically because of her unambiguous support for and assertion of independence from mainland China," Rogan wrote. "Tsai had initially trailed her electoral challenger, who took a more traditionally ambiguous stance toward the question of reunification. Things shifted dramatically when Taiwanese voters witnessed China's treatment of Hong Kong. Suddenly China's offer of a 'one-nation, two-systems' governing narrative seemed a lot less credible."

Now, Xi's regime "has another reason to gripe with Tsai — namely, that her democratic government has done a better job than Xi in addressing this pandemic," Rogan wrote. "Beijing is furious that the world has noticed Taiwan's success, even in the face of the open derision Taipei has faced from the World Health Organization, a group whose leadership is essentially in Xi's pocket."

The WHO refuses to recognize Taiwan. Its chief, Tedros Adhanom Ghebreyesus, "has tried to help Beijing's public image with all manner of absurd claims, including even that Taiwan is racist toward him," Rogan noted. "It hasn't worked. The world is slowly waking up to the fact that Tedros isn't a public health leader, but rather a ludicrous puppet for Communist China."

The Global Times article went on to state that "Rash moves made by Taiwan will likely turn the Taiwan Straits into a flashpoint that will severely impact the world order in the post-pandemic era. The island will face real danger at that time."

Rogan noted that the Global Times "leaves no doubt as to its meaning, the editorial adds that, 'Even if there wasn't a war, an all-around confrontation between the world's two biggest powers will have a catastrophic effect on Taiwan society.' "

"This isn't just about Taiwan," Rogan added. "It's also about sending a message to the United States not to strengthen ties with Taiwan in response to the crisis. Beijing is always enraged when the U.S. sells arms to Taiwan or provides some form of new recognition to its government. But what the communist regime most fears is that Taiwan will become a more credible international partner than China. That would undermine the very essence of Xi's global agenda, but it's also exactly what's happening right now."

Rogan concluded: "In that context, expect more" similar editorials from the Global Times. "Taiwan, after all, is doing a good job."