Castros are dead, but the people still 'want out' 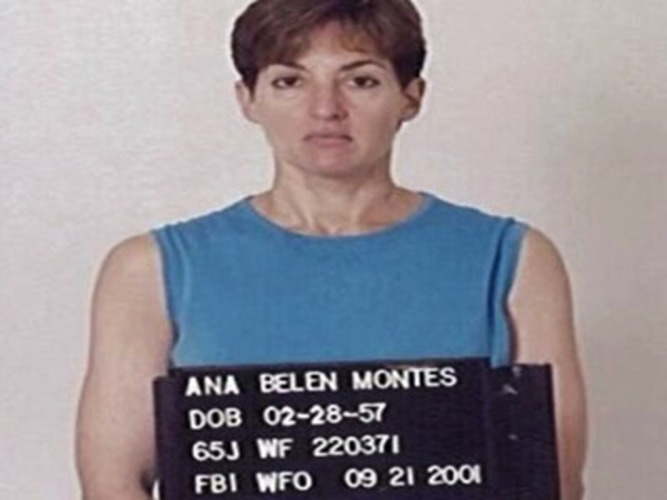 'Her treason against the U.S. accomplished nothing for the Cuban people. On the contrary, by helping the criminal Castro regime, Montes strengthened the Cuban people’s worst enemy.'
montes by N/A is licensed under N/A
FPI / January 15, 2023

It’s all about the timing. Ana Belen Montes, an American who served a more than twenty years in federal prison for spying for the then-Castro regime while serving as a senior analyst in the Defense Intelligence Agency (DIA) in Washington, has been released. But this case is hardly the ho-hum end to another Cold War espionage story.

Montes was arrested in 2001 for spying for the Cuban communists for twenty years; She agreed to work for Cuban intelligence after initially opposing the Reagan Administration’s policies in Latin America during the 1980s.

Montes, an American citizen, became a highly-placed mole working deep inside the U.S. intelligence system while sending information to Havana. That’s a long time ago.

Back in 2012, the head of U.S. counterintelligence for the George W. Bush Administration informed Congress that Montes “compromised everything, virtually everything, that we knew about Cuba and how we operated in Cuba.”

She seriously endangered scores if not hundreds of American agents and assets in Latin America during a particularly sensitive time in places like Nicaragua, El Salvador and Cuba itself.

But, as Sen. Marco Rubio (R-FL) stated clearly, “Montes was no harmless informant. Her leaks broke the cover of 450 American agents working in Latin America…. In 1996, her information also enabled the Castros to shoot down two U.S. planes carrying the heroes of Brothers to the Rescue…. Montes also sabotaged a top-secret satellite program.”

Sen. Rubio added, “Her treason against the U.S. accomplished nothing for the Cuban people. On the contrary, by helping the criminal Castro regime, Montes strengthened the Cuban people’s worst enemy.”

Fast forward to the present.  Fidel Castro is fortunately gone, but the communist regime which lives up to his name is very much in control of Cuba with President Miguel Dias-Canel who continues to run the island in the shadow of the Castro brothers and with the rhetoric of socialist solidarity.

But domestically, Cuba continues to suffer, this is why we see this new surge of Cubans fleeing the island.

According to the human rights monitor Freedom House, Cuba remains the most repressive regime in the entire Western Hemisphere, stifling political and civil rights and media freedom. The regime holds more than one thousand political prisoners.

We tend to recall the Cuban refugee exodus from the early 1960’s. These are the people who first settled largely in Florida and through hard work, education and faith turned their lives as refugees into success and South Florida into a renovated place.

Miami prospered from the Cubans who came here back in the day. We know their story and it’s  one of surmounting adversity, language barriers and hardship. There are approximately two million Cuban-Americans living in the United States.

There have been many Cuban refugees in recent years too. It's not quite the same story but could be. According to the U.S. Coast Guard, the number of Cubans interdicted in South Florida  surged from 49 in 2020, to 6,182 for fiscal year of 2022. This number will soon be surpassed by more than 4,000 Cuban migrants which have already been intercepted in three months since last October.

Just in the past few weeks following Dec. 30, 2022, at least 500 Cubans and more than 200 Haitians have arrived by rickety boats in the Florida Keys!

This saga is set to the backdrop of President Joe Biden’s long overdue photo-op visit to the U.S. border with Mexico, where Cubans and a flood of others from Central America and Venezuela have swamped a porous U.S. southern border, violating the sovereignty of the USA.

Why?  Marco Rubio adds, “Together with the regime’s incompetence and socialist policies, this tyranny has prompted a total economic collapse and a mass exodus from the island’s shores.”

Indeed, the root cause of the problem remains the Cuban dictatorship that turned a once reasonably prosperous island into an economic basket case and a reliable exporter of its own people.