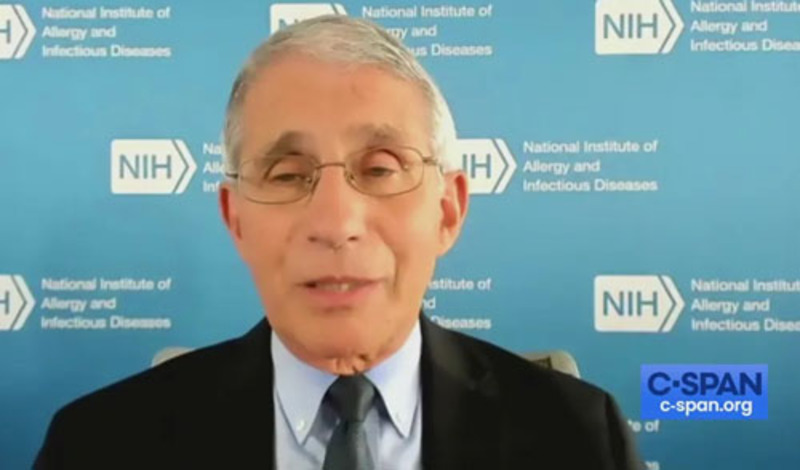 Dr. Anthony Fauci and colleague David Morens have authored a report that is essentially a "real treatise for elites to control nearly every facet of human activity, human life, human freedoms," a columnist noted.

In their article in the science journal Cell, Fauci, National Institute of Allergy and Infectious Diseases director, and Morens, an epidemiologist, warned that if humans don’t make significant changes in all activities, that more diseases — more terrible health issues like COVID-19 — will soon come.

The article is "a globalist dream come true," Cheryl K. Chumley wrote for The Washington Times on Sept. 5.

The report, titled “Emerging Pandemic Diseases: How We Got to COVID-19”, is "presented as a scientific look at why we’re where we are today with the coronavirus, and more importantly, what we can do to keep from facing such dramatic disease-tied devastations in the future," Chumley noted.

A better title, Chumley noted, would be: “How to Take Over the World, One Medical Fear At a Time”.

Fauci and Morens write in the article: “[I]n looking at the recent spate of deadly emergencies [avian influenza, MERS, COVID-19] … we must now ask whether human behaviors that perturb the human-microbial status quo have reached a tipping point that forecasts the inevitability of an acceleration of disease emergencies,”

They go on to ponder the land-use and human activities that have perhaps contributed to these “disease emergencies” — like forestry burns, over-fishing, urban crowding, the gathering of fans at sporting events, and human relocations around the globe.

Or, as Chumley pointed out, "almost everything humans do."

Fauci and Morens conclude: “Living in greater harmony with nature will require changes in human behavior as well as other radical changes that may take decades to achieve: rebuilding the infrastructures of human existence, from cities to homes to workplaces, to water and sewer systems, to recreational and gatherings venues.”

Chumley noted that Fauci and Morens are "advocating a complete overhaul of how humans live. So that humans can better co-exist with nature. So that humans, by doing all those nature-disturbing, nature-destroying activities, won’t in the process bring about more diseases and deadly viruses. It’s like the Green New Deal for the health world."

In previous interviews, Fauci has said he was raised Catholic and attended Jesuit-run schools, but now self-describes as “broadly and generically,” “not a regular church attender” but rather someone defined as a “humanist” with “faith in the goodness of mankind.”

Chumley noted: "That’s great. He gets his moral compass from his own mind. He defines, based on his own determinations of right versus wrong, what’s good, what’s bad, what’s virtuous, what’s evil — if, in fact, he even believes in the concept of evil on this earth. This is a far cry from what defines America’s government, America’s political system, America’s roots of freedom and greatness.

"Founding Fathers, taking cues from the Bible, not only recognized the sin-filled nature of humankind — but they also based an entire governing structure upon that truth. They realized that without a moral and virtuous people, restrained by standards of behavior set by a heavenly Creator, the limited government concept of the democratic-republic would fall. Individual rights would crumble. Big Government would take over. God-given would drift into the realm of government granted."

Fauci is "piggy-backing on the fears of COVID-19 to sound an alarm for more fearful, rather than faith-fillled, ways to live," Chumley wrote. "The danger is a world that takes his brand of science as sound."

Chumley added: "Team Fauci — smarter than humanity. Smarter than God. And in Fauci’s case, he actually believes that."